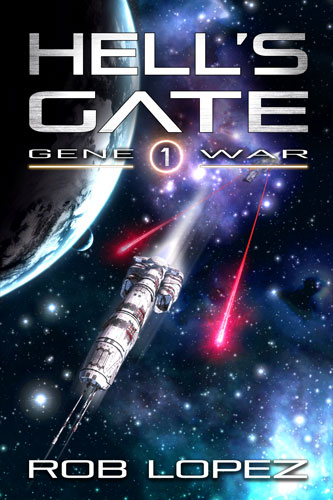 A new and exciting Military Science Fiction series is about to begin:

The fightback begins. But who is the real enemy?

The alien Ravagers have devastated the outer colonies, driving humanity from the fringes of space. Earth appears passive in the face of such a threat, deaf to the pleas of the colonists. A new discovery, however, could turn the tide of the war. The Ravagers are searching for an ancient artifact, located on a distant planet. It might be a weapon that, in the right hands, could swing the odds in humanity’s favor. Banding together to build a fleet, the Outer Systems Alliance hatches an audacious plan to snatch the artifact from the Ravagers with a full-on Marine assault on the planet. Time is of the essence and everyone is expected to contribute to what could be a last-gasp effort.

Ezra, Kiera and Jaden are three friends who have been pulled apart by the war. Each carry scars that may never heal, and secrets that have broken the bonds they once had. Given key tasks in the invasion, they are each vital to the success of the operation, but this mission is not all it seems and only one of them knows the truth.

A dark conspiracy threatens not only the outer colonies, but humanity's place in the galaxy itself.

Book 1, Hell's Gate is available to pre-order at Amazon. It goes live on Tuesday 9th November, 2021.

You can read the first sample chapter right here:

A starship is never silent. When the main drive has been shut down, a vessel continues to breathe, just like its occupants. Pumps and recyclers throb from the bowels. Pipes carry water and cryogenic fluids through the decks and passageways. Vents hum on the bulkheads, an audible whisper that you can hear when you’re trying to sleep, and a sound that you want to hear when your section’s been sealed off behind airlocks. Field generators buzz, point-defense turrets whirr and maintenance bots clank as they make their way on magnetic caterpillar tracks through ducts filled with fiber-optic looms and laser reflectors.

On really old ships, the entire hull creaks as the cold exterior vies with the warm interior, frosted armor plates twisting over heat diffusers on the vessel’s skin. Even newer ships groaned after a hyperspace jump, the compressed length stretching itself like someone getting out of bed. Whether it was a star cruiser or a small frigate, every ship had its own unique sound and feel. Until it died.

Silence was a ship’s enemy, and it didn’t sneak up like some shadow in the night. It pounded the hull with missile strikes and ripped open plating with laser fingers. When the air was sucked out with the debris, there was still the sound of the comm system in your ear if you had your suit and helmet on, as regulations demanded during an action, but that was little consolation as the only thing communicated at that point were conflicting orders, the screams of the dying and the cries of those cut off from the escape pods. When the power went completely and the lights snuffed out, there was only the total blackness of the tomb and silence’s clammy embrace.

And if you didn’t have your suit on, you couldn’t even hear your own scream.

Michael Ezra needed some of that silence right now. It meant he wouldn’t have been able to hear the cries of his crew as they perished.

But the battle was long over, and the sounds were in his head, where even the vacuum of space couldn’t touch them.

The bunk creaked as he turned over, facing the bulkhead again. The light glowed persistently in his cell. He thought about the final moments of the USS Emilia Jane: his last command. And if his superiors had anything to say about it — and they did — it would certainly be his last command.

He’d been on patrol along the edge of the Shaenua Nebula, and had detected the leaking radiation from the damaged engine of a Ravager Butterfly-Class ship. Ordering a pursuit, he’d caught up with the warship, his optical sensors confirming a visual sighting as it reflected the glowing fluorescence of protostars lighting up the gases of the nebula cloud.

He shouldn’t have engaged. The Emilia Jane was a Dagger-Class destroyer, an old patrol and interdiction vessel, but it was outclassed by the similar sized Ravager ship. Ravager technology was somewhat superior to that of the Outer Systems Alliance, and their ships had proven deadly in numerous encounters. Ezra’s orders were to signal his contact to the fleet and await reinforcements before commencing his attack. The Ravager ship, however, angled toward the nebula, looking to hide in the ionized gases and the gamma beams of a pulsar. Within the chaotic radiation emissions, it would likely elude alliance sensors and eventually get away.

Ezra wasn’t about to let that happen. The Ravager ship was running at half speed, and he judged that its combat capabilities had been reduced by whatever had struck the vessel.

He judged wrong. Closing to ten thousand klicks, with the Ravager ship just a mote of light against the stars, he unleashed his hex-grid laser batteries and missile swarms. The Ravager ship took damage and its shields went down. What happened next perplexed him even as he floated in the dark afterward, his crew dying around him.

The background nebula glow dimmed briefly around the Ravager ship. In the next instant a beam more powerful than should have been possible for such a small vessel slammed into the Emilia Jane, tore down its shields and ripped through its armor. Ravager missiles arrived soon after.

Only the arrival of Alliance reinforcements hours later prevented the survivors of the Emilia Jane from breathing their last, but by then the Ravager vessel was long gone.

That last reading from his sensors however, before the screens went dark, stayed with Ezra. Rescued, taken into custody and charged with negligence and insubordination, he nevertheless remained hooked by that moment. His career was over, his reputation destroyed along with his ship, but that sensor reading continued to bug him.

Because it shouldn’t have been possible.

The cell door clanked and rolled back. A man in the black uniform of the Intelligence Corps stood outside. “Mind if I come in?” he said.

Ezra wasn’t aware he had the right to refuse entry to anyone.

The intelligence officer gave him a brief smile and stepped forward. The door slammed shut behind him. “May I?” he said, gesturing to a chair.

“I’d stand,” said the intelligence officer, as if it were obvious.

The officer did so, and Ezra noticed something strange. There were no unit or fleet designations on the man’s uniform.

“I trust you’re being treated well,” said the man.

“And you are Commander Michael Ezra.”

“Of course. Mr. Ezra, what led you to attack in the way you did?”

“The cameras and microphones have been turned off for this interview,” said the intelligence officer. “You can speak freely.”

Ezra doubted that and maintained his silence.

“I read your report.”

Ezra gazed quietly at him.

Ezra ignored his cue to speak and studied the intelligence officer. He was older than most Alliance intelligence officers. Probably late thirties or early forties. Intelligence officers straight out of the academy served on frigates and worked their way up the fleet, depending on how good they were. The best got jobs at Alliance headquarters. The worst got stuck on ships like this one, an aging squadron flagship tasked with coordinating the patrols of obsolete destroyers like the Emilia Jane in interstellar backwaters where nobody expected to see action — until they unexpectedly did.

“Why did you disobey orders?” asked the intelligence officer. It looked as if he genuinely wanted to know.

The intelligence officer scratched his chin as he weighed Ezra up.

“Yet in spite of all that, you still managed to get your own command, helped no doubt by our current shortage of qualified captains. And you were warned in no uncertain terms to keep your nose clean. But you still went after that Ravager ship alone. Did your XO protest about that at all?”

The Emilia Jane’s XO was dead and Ezra didn’t feel it appropriate to answer that question. The intelligence officer’s eyes gleamed, however, as if he knew what Ezra wasn’t willing to tell.

“What made you so certain you would win that encounter?” asked the officer.

“Everything is in my report,” said Ezra.

“Not everything,” said the officer absently.

For a moment he looked off into the distance, and Ezra realized he was reading off a retinal screen. That meant the conversation was definitely being recorded. It also meant something wasn’t right.

Retinal screens were not standard issue to lowly intelligence officers.

“That doesn’t matter right now,” said the officer, still reading. He was probably digesting the report.

“I don’t have anything else to say,” said Ezra.

The officer focused back on him. “Actually, I think there’s a few things you’d like to say, but that’s none of my concern. I’m more interested in your state of mind. Was it a desire for vengeance that caused you to attack?”

Ezra knew better than to answer that.

“Was it because of what happened on Regis Prime?” persisted the officer.

Ezra weighed up whether to reply, trying to work out what the officer was looking for. Something to incriminate him with? Evidence for the court martial? They already had enough to throw him out of the Outer Systems Navy if they wanted, and more besides.

“So losing your homeworld didn’t affect you emotionally?”

The officer pondered the answer for a moment.

“Did you know what the odds were when you went after that Ravager ship?”

“Yes, I calculated the odds.”

“Every other captain in the navy would have hesitated to do what you did, and with good reason. Were you afraid?”

“Have you ever been afraid?”

“No. Are you recording this?”

The officer gave him a sly smile. “Not officially.”

The officer didn’t acknowledge that, and simply moved on. “How do you feel you were treated in the orphanage?” he asked.

“I don’t see how that’s relevant.”

“The orphanage on Regis Prime,” pressed the officer.

“Your scores in science and math were outstanding. Best in the system. Several systems, in fact.”

This was definitely a test, but Ezra was not sure what he was trying to provoke.

“How did it feel to be a prodigy?”

The officer glanced across the cell, reading something else on his retina. “You’re on record as saying that we should be more aggressive in this war. You told your last CO that we were being too defensive.”

“We should be taking the fight to them.”

“Are you speaking rationally or emotionally?”

“Rationally. It should be obvious.”

“Not to everyone. What about the losses?”

Ezra didn’t answer and the intelligence officer leaned forward in his chair.

“What motivates you?” he said quietly.

The officer sat back, seemingly satisfied. “I think that’s the first lie you’ve given me,” he said. “Thank you for your time, Mr. Ezra.” He got up to leave. “One more question,” he added.

“Do you remember Dr. Quinlan?”

The officer gave him that same satisfied look, then turned away.

“Who are you?” asked Ezra again.

The officer passed his hand over the wall pad and the cell door rolled open.

“You can call me Rosebud,” he said with a smile.

He stepped out and the door clanked shut behind him. In the upper corner of the cell, a green light blinked on in its dark glass casing to indicate the camera was back on again.

To read more of this tale of war, loyalties and deception, head on over to Amazon and get a pre-ordered copy for just 99c. A new adventure is about to begin.