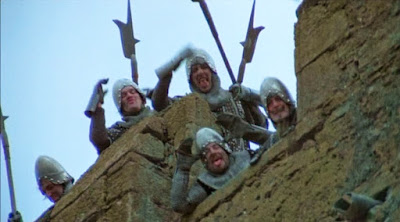 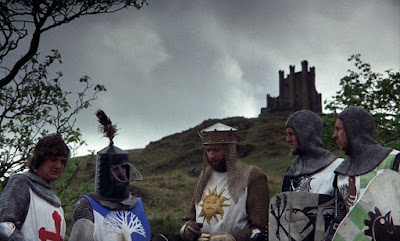 Can't say I've been keeping up, to be honest, though I have been gripped by the Thai Cave Rescue, which really did show humanity at its best. But these are all distractions from the job in hand, which in this case happens to be Solar Dawn, the third book in the Survival EMP series. It contains neither knights, soccer nor shrubberies. And it's not finished yet.

I suppose there's still time to squeeze them in somewhere...

But no, the serious work must continue. What can you expect from Solar Dawn? Well, a whole bunch of things, including a few changes of location. Expect to see more of the mountains of North Carolina, as Rick's group prepare to move. I can't give the reasons why, but the story will take a new turn. There's also new characters to meet, and you're going to hear a lot more about the mysterious Major Connors, who appeared at the end of the last book.

With all the extra stuff, however, the story gets more complicated. On the one hand, I want to give the reader the same rich experience that they've (hopefully) come to expect from my books. On the other hand, it means more work for me, so the story isn't being written as quickly as I'd like. Sometimes, writing late in the evening, I wonder if I've bitten off more than I can chew.

The good news is that Solar Dawn won't be a repetitive rehash of previous themes. The bad news is that I'd been hoping to contain the new stuff in one book and make this the last book of the series, rounding it off as a coherent trilogy. I've come to the conclusion however that there's just too much material to cram into one book, so I will need a fourth book to properly finish the series.

Of course, if you like the series, you'll be glad it isn't ending yet. That's understandable. It's just I'm not a fan of series dragging themselves out for the sake of it, so I only wanted to add another book if there was a very good reason. Luckily, there is a good reason. I just hope you can be patient with me.

For the reasons stated above, I can't give a definitive date for when the next book will be out. It could be a while. But at least the World Cup is over now. 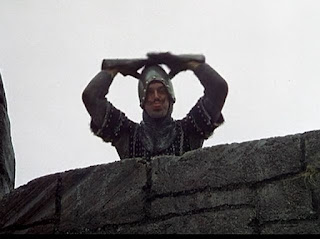