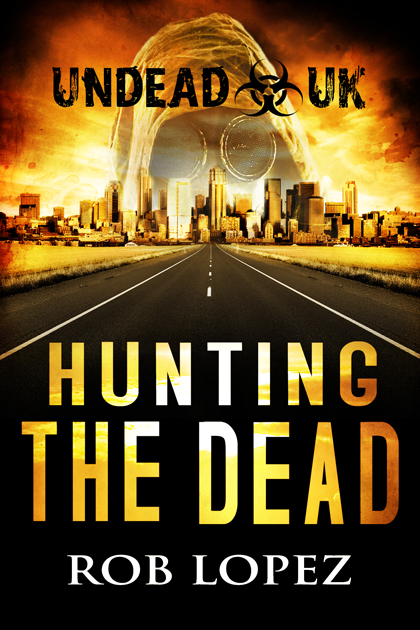 The new UNDEAD UK book is out this week, and while my name is on the cover, I didn't actually write it.

The characters wrote it.

Let me explain. While that last statement will elicit a knowing smile from many writers, it won't make sense to anyone not familiar with the writing process. After all, characters don't write - they get written.

In this business, there are generally two types of writers: plotters and pantsers. Plotters outline the story before they begin writing, often making notes for each chapter, listing the characters involved and sometimes even writing detailed backstories for the characters. Then they begin writing. Pantsers don't outline beyond a couple of vague notes. They begin with a simple idea, then they start to write, making up the story as they go along, essentially 'flying by the seat of their pants', hence the nickname.

If you've never written a novel before, the first method probably sounds the smartest. After all, a novel has so many story threads, characters, conflicts, etc, that surely it makes sense to lay it all out first, in the same way that a film producer will commission a story board (basically a cartoon version of the movie, drawn on large sheets) to plan the shooting schedule. The various scenes can be planned better, with a definite sense of where the story is going, and you're less likely to forget stuff (like the clue the character picked up in chapter 2 that won't become relevant until chapter 17, for example).

I've tried that method a few times, and it didn't work for me. It was too cold and clinical, and I couldn't actually picture the scenes, so I felt detached. The story ideas wouldn't come, and the characters wouldn't come alive. I spent a lot of time staring at the paper, wondering why the inspiration didn't flow. Once I've begun writing a story, however, I found myself in the story, seeing what the characters see, hearing what they hear. The story feels more alive, and I start to see then where it should be going.

And yes, I do make it up as I go along. I'm not going to say that one method is better than the other. A lot depends on how a person thinks. I'm a visual person, so I have to live the scene in order to write it, and often that means being immersed in it. Trying to hold it all together so that every element of the story flows together (and so I don't forget stuff) is just a skill I've had to learn to make this work. Many writers are the same.

So I began writing Hunting The Dead without a clear idea of what I wanted to write. I had Breht from the last book, and I felt I knew him well enough by now. And I had a fantasy picture in my head that I'd seen on DeviantArt once, of a woman fearfully holding her hand over her baby's mouth while she hid in the shadows from some demonic, hooded creature holding an axe. The drama in the picture was quite vivid, and it was beautifully painted (for some project or other) but I can't find the picture now to give you a link.

That was pretty much all I had when I sat down at the computer, staring at the blank page. I felt the pathos, the desperation, the plucking of the maternal heartstrings (and as a parent, I felt that strongly). But I had no story, no ending and no location.

What I needed first was a location. I'm not very good at writing against a green screen, so to speak, so I needed a place to be, somewhere I could visualise. I know I wanted an urban setting, preferably a large city, since I'd set the last story in a small town. I was in a hurry to begin writing, though, and the school holidays were over, so I didn't have time to visit a city for some extensive research and location spotting.

Daft as it may seem, little details like that do go on to shape entire stories, like the fact that, as a single parent, I didn't have the freedom to do the kind of exploring I felt I needed to do. So I fell back on the 'write what you know' dictum, and based the story in Leicester. Because I was born there, had grown up there and knew it well. Or at least well enough to begin the process of visualising.

So Breht begins in Leicester, on Narborough Road, which is close to where I was born (I was a home birth). I'll avoid any spoilers in this blog post, and I plan to go into greater detail in a future UNDEAD UK Locations article, so from here on I'll stay vague on the geography and plot (yes, it does have one).

The plot grew organically from that first moment. I know that sounds pretentious, but what I'm basically saying is that the first scene set the tone for the rest of the story, and began dictating where it would go.

Breht is a survivalist. This much is already clear from his experience in the last book, Remember Me Dead. His backstory indicated that he would be a loner, with little desire to seek company. Being pedantic and conscientious, it was natural that he'd learn and acquire new skills that he didn't have in the last book. As I wrote the scene, putting myself in his shoes, it became obvious that this would have an effect on his whole outlook. He would become closer to the zombies than to human survivors.

From that point on, Breht wrote the story. I thought initially he would go in one direction, for example. He thought that would be stupid and totally out of character for him. So he picked another direction. Later, when he meets another character, his direction is changed again, according to what made sense to the other character. Occasionally they would conflict, and whoever won the argument would determine where the story went next.

I still didn't have an ending for the story, and the original idea I had for them to go past a couple of landmarks I'd pictured got derailed by the fact it wouldn't have made sense for either of them to want to go there. This is what I mean when I say that the characters wrote the story. I just followed them.

At one point, a minor character who was going to be written out in the last third of the book suddenly grew a backstory and an interesting personality, and wrote himself deeper into the story, forcing me to cancel a scene I was planning that wouldn't have worked with him in it.

It's stuff like this that can make pantsing so much fun, because it's like watching a movie unfold. Not only for you the reader, but for me the writer. More often than not, I finished a chapter with very little idea of what I would write in the next. And the end of the story got changed, cancelled and only put together when the characters walked it.

On the other hand, yeah, this technique can end in disaster. Pantsing is probably the biggest cause of writer's block. And projects being cancelled halfway through because the writer ran out of ideas or the whole thing started to look ridiculous and the writer felt too mentally exhausted to rescue it (been there, done that, got the T-shirt).

But I'm glad to say it worked okay this time, and I'm happy with the results. Breht's character develops a little more, and we're introduced to new characters and new cultural realities (I won't explain that last part. You'll have to find out for yourself). And we get to explore zombies a bit further, gleaning some more information about how they act and why. I'll say no more, but the book is out on Amazon and Amazon UK (plus Amazon sites around the world), and you can check out a sample to see what I mean. Enjoy.