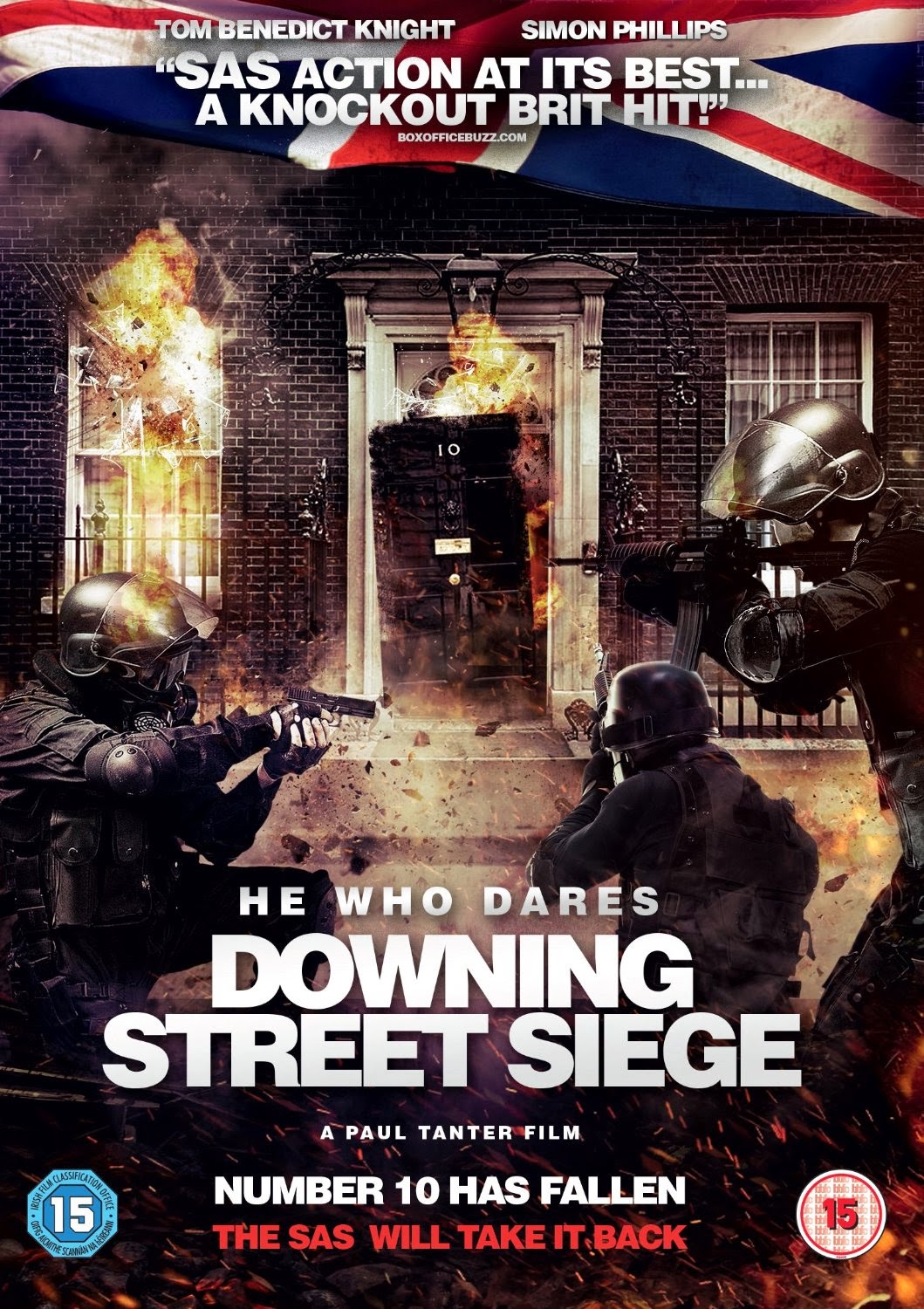 I don't know about you, but I've been seeing a lot of these straight-to-DVD movies in my local supermarket in recent months. Movies that nobody even tried to get into a cinema, because they were that rubbish. Just the titles make me laugh, like Rutger Hauer´s 'Hobo With A Shotgun'. The covers and packaging may be getting more professional, but there's no doubting what you're going to get inside. Recently there have been a string of gung-ho war movies out, with actors you've never heard of and plots that make The Simpsons look like serious intellectual property. My current favourite is the second movie in the 'He Who Dares' series, called 'Downing Street Siege'. Presumably, 'He Who Dares' refers to the sheer gall it took to make a second movie. I haven't seen the movie, and I don't plan to, but the blurb on the back of the case made me giggle. SAS hard men in a race against time to save the life of the kidnapped Prime Minister. We've seen plenty of these kinds of movies from the States, where some hero has to save the President from assorted terrorists, and for Americans, the post of president may well be sacred. But the idea that anyone would want to save the Prime Minister seems too far fetched, even for Hollywood. Given the view that most Brits have of their Prime Minister, it really should be turned into a comedy.

SAS Trooper 1: "Put down your weapon, or we shoot!"

Random Terrorist: "You come any closer and, by Allah, I will shoot your Prim Ministing"

SAS Trooper 1 turns to his companion: "What do you think, Nobby?"

SAS Trooper 2: "Sounds like a good deal to me, Smudger."

SAS Trooper 1 to the terrorist. "Okay, mate. You shoot him, then we shoot you. Deal?"

It would be the only time someone rooted for the terrorists, really. Be even better if they can make the actor who plays the Prime Minister look like Blair/Cameron/Milliband/Clegg. They all look the same, so any spiv in a suit will do.